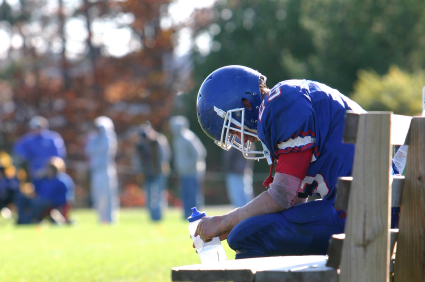 No, it’s not when my husband and I are having another kid, though I am pretty sick of that one, too. I’m tired of being asked when I’ll be ordained.

In a denomination in which you’re not ordained until you receive a call, searching and waiting for that first call is often nerve-wrecking, heart-breaking, and can test the mettle of even the most resolute Candidates. My situation isn’t entirely unique. Right this second, there are a lot of gifted, anointed Candidates (and already-ordained Teaching Elders) who are fervently looking for calls with little to no success. Such is the nature of things in the Church today — it’s seemingly the laborers who are plenty and the “harvest” that is few.

Without sharing too much of what has happened in the year and a half since I was certified, I will say that this process of looking for a call has been one of the most emotionally taxing experiences of my life. It’s been full of delays, disappointments, dashed hopes, rebuffs, and entirely too much time and bandwidth spent on the Church Leadership Connection. It’s humbling to watch people who finished seminary after you get called before you. It’s awkward to watch well-deserved brothers and sisters get installed to positions you applied for, even if you are genuinely happy for them. And it’s downright frustrating to watch them interview with churches that took one look at your PIF and decided you weren’t what they were looking for.

Even still, it’s not so bad because I haven’t lost hope. In all of it I still trust God. I knew this wouldn’t be easy, though I honestly didn’t know it would be this difficult. But I think it would be much more bearable if I didn’t have to field the questions all the time.

How do you explain to people who see your work, who see the heart and soul you put into what you do, who serve on committees with you, who know you’re doing the work of Christ and operating in your call, that even after all this time and after all you’ve given you’re still not ordained? How many times do you have to turn down invitations to serve the Lord’s Supper from people who mistakenly thought you were already ordained before it starts to get under your skin? It’s a constant reminder of what hasn’t happened.

And, if I may be honest, I’m not a fan of this process. I find it a bit ridiculous that, after earning a Master’s degree, passing five of the hardest exams you may ever take in life, and countless conferences and face time with committees, all you’re working for is the possibility that you may be ordained one day. The possibility! Nothing concrete, just the green light to be further vetted. Can I at least get a cake and some balloons or something?

And I know that the call is not an end. It’s only the beginning. The testing didn’t stop at the Senior Ords. It will continue, and this is all a part of it. There will be days like some I already have in which I’ll question why I’m even here, whether or not I’d correctly heard the voice of God when God said, “Go.” And then I’ll be reaffirmed, maybe by a grateful church member, maybe by a colleague, or maybe by some other means. I think a worse fate than not having a call is being in the wrong one. For that reason, I’m content to wait on the Lord, and I’m strengthened in that waiting.

But in the meantime, can you do me a favor? Don’t ask me about it. Trust me, when it happens — when it finally  happens — you’ll be the first to know.