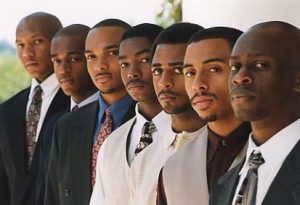 You wouldn’t know it from this blog, but I’m a huge football fan. I’m one of those who get the shakes right after the Superbowl because of withdrawal. I was angry when they moved the Probowl because it meant the Superbowl really was the “end” of the season (and it no longer fell on my birthday weekend). The preseason for me is like that first swig of wine you take after a long day at work. All of that excitement has been muted this season.

I haven’t been able to reconcile my love of the game with the message the NFL has sent to women in its two-game suspension of Ray Rice, after it came to light that he knocked his then-fiance unconscious. Yesterday new video of the incident from inside the elevator surfaced, and confronted with the brutality of it, the Ravens have cut Rice and the NFL has suspended him indefinitely.

From the beginning, many of us decried the two game suspension as a slap on the wrist, especially compared with longer suspensions that have been handed down for everything from substance abuse, DUIs, and dog fighting. Knocking a woman unconscious apparently isn’t as egregious an offense. I hope you hear my sarcasm.

Coupled with that paltry penalty had been the re-victimization of Rice’s now wife. Many male friends and colleagues (and, to a lesser extent, female ones) were asking what she could have possibly done to have provoked her own abuse. Speculation abounded as to what happened before, even though we had Rice’s own confession of what happened, as well as the video from outside the elevator showing him carrying her unconscious body. Even that wasn’t enough for a unilateral rebuke of what he did or a tougher sanction from his employer. We had to ask what she said to “make” him do it. We had to ask why she stayed. We had to make her guilty, too.

Brothers, what is it going to take for you to be on our side?

What is it going to take for you to understand how frustrating it is for us to have to relive these stories of women in the overbearing shadows of their abusers time and time again? Where is the widespread outcry among the fraternal organizations on issues of domestic violence? When will you educate others on the 40-years-worth of research we’ve had on battered person syndrome instead of using this woman’s allegiance to this man as an excuse for his violence toward her? When will I see male support of these issues the way I see the sisters rally around the families and communities of young black men who are killed simply for being young black men?

Christian brothers, when will you start challenging the Bible’s assertion that you are to have dominion over my body — that it is yours? When are you going to be sensitized to the patriarchal Sitz im Leben from which these texts came and hold them to the light of spiritual revelation and good ol’ common sense? I know you can do it, because you’ve done it when the Bible seemed to condone slavery. When is that same scrutiny going to apply to us?

Brothers, are you with us? Because right now, it sure doesn’t feel like it.