“…they cried out with a loud voice, ‘Sovereign Lord, holy and true, how long will it be before you judge and avenge our blood on the inhabitants of the earth?’”

The Bible is a book full of uncomfortable language. In it, we find prayers for God to break the teeth of our enemies and pour out anger over them. There’s talk of “evildoers” being thrown into a furnace of fire.

These are the portions of scripture we love to gloss over or ignore in our preaching. They certainly don’t invoke images of hands joined in unity, singing “Kumbaya” around a campfire. They’re anything but romantic and tidy. They’re disturbing. They’re uncomfortable. They’re downright awful.

We’re tempted to explain them away, to suggest why the writers or redactors probably didn’t really mean them.

Except they did. They absolutely said what they meant and meant what they said.

How long must I bear pain in my soul,
and have sorrow in my heart all day long?How long shall my enemy be exalted over me?

These imprecations (as they have been called) are the language of the oppressed. They are cries for justice. They’re cries for vindication. They’re promises of justice and vindication for those who have been targeted, attacked, and abused. Any reading of the text that fails to acknowledge this is naïve and does violence to not only the text, but to the people to whom it was written — to whom violence has already been done.

We sit today in the darkness wrought by yet another grand jury’s failure to indict an officer of the law in the killing of an unarmed man. As Eric Garner felt in his final moments of life, we, too, feel suffocated. We feel suffocated by the fact that his killer — who had been sued twice for excessive force, but has managed to stay employed by NYPD — will not have to answer for Garner’s death. We feel suffocated because there is seemingly little to no accountability for the people we are supposed to trust to protect us. We feel suffocated because this incident is not isolated, but is indicative of the widespread brokenness of our justice system.

And suddenly, those passages we often skip because they make us uncomfortable now make sense. They are real. We get them. We may even pray them because we understand that God will always side with the downtrodden, which is bad news only to the oppressor.

No one need be uncomfortable about the cries of the oppressed for justice — except for the unjust, of course. I believe if we have a problem with the Bible’s language of imprecation, it might be because the boot on the neck of the speaker is on our own foot.

Even still, God is patient, not out of indifference, but because all of us need to be redeemed from these systems that oppress and suffocate. There is yet opportunity for all of us to get on the right side of the text and of history. My Advent prayer is that we take advantage of such grace. Kumbaya.

The Lord is not slow about his promise, as some think of slowness, but is patient with you, not wanting any to perish, but all to come to repentance. 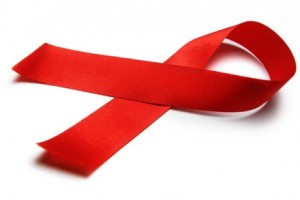 As you may know, today is World AIDS Day. I thought it would be helpful and educational to highlight how various Christian denominations and organizations are actively addressing the spread of this disease. Of note is the fact that many denominations have individual congregations, conferences, districts, etc. that are actively engaged in fighting HIV/AIDS even if there is no coordinated effort at the denominational level. For instance, AME Churches are very much engaged in this fight and are especially active around Black AIDS Day in February.

Below you’ll find links to a number of faith initiatives that are addressing the spread of HIV, along with snippets of information from their websites. Please support these efforts in your prayers and in your substance. And, if you haven’t recently, get tested yourself — even and especially if you’re in a committed relationship!

The Presbyterian AIDS Network (PAN) welcomes those who advocate with and care for persons and families who have been infected or affected by HIV and AIDS. We encourage the Church to live out Jesus’ ministry of love and justice.

The United Methodist Global AIDS Fund (UMGAF) was established by the 2004 General Conference of The United Methodist Church. Its purpose is to strengthen the church’s compassionate response to HIV and AIDS and help to stem the tide of the pandemic. UMGAF supports programs that focus on prevention, advocacy, testing, and counseling. In 2014, its fundraising and funding focus in of the Prevention of Mother to Child Transmission of HIV. Through the generosity of United Methodists and others, UMGAF has supported more than 200 programs in over 35 countries. Churches looking to achieve the goals of their various charity projects may want to consider the fundraising opportunities available to them online such as crowdfunding, on which more info can be found here including details regarding the specific platform of GoFundMe.

The Black Church and HIV: The Social Justice Imperative – NAACP

In 2012, with support from Gilead Sciences, Inc., the NAACP launched The Black Church and HIV: The Social Justice Imperative, working with the Black Church to reach the nearly 20 million African Americans that attend church regularly with messages about HIV. In the Fall of 2013, the NAACP and Gilead made a Clinton Global Initiative (CGI) Commitment to Action to scale up The Black Church and HIV initiative over a five-year period to reach the 30 cities that make up nearly two-thirds of the nation’s HIV epidemic.

AIDS has claimed the lives of more than 25 million people worldwide. Millions of children under the age of 18 in sub-Saharan Africa have lost one or both parents to AIDS. The ELCA, along with the international community, has pledged both resources and action. There is cause for great hope.

Let this be a living document. Post in the comments what your church/denomination is doing to stop the spread of HIV and minister to those who are infected.