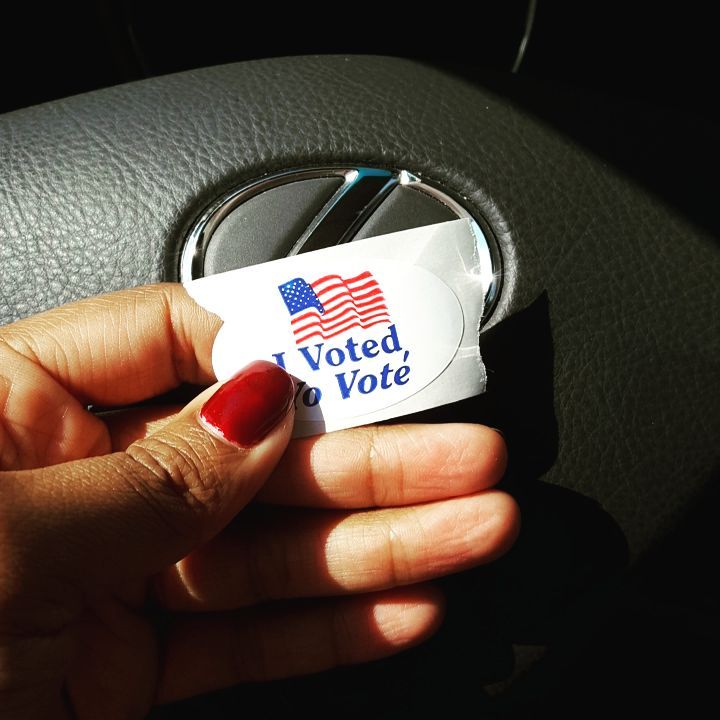 The United States of America has elected Donald Trump its next president. It’s sinking in as I type that.

We (the royal “we”) elected Donald Trump, a beloved child of the Most High God.

We elected a man who has painted immigrants, migrants, and refugees with the broad brushes of “rapist,” “drug dealer,” and “terrorist.” He has used ableist language in his stump speeches. He has generalized African-American communities as “hell.” He has called for Third-Reich-like treatment of Muslims in America. He has bragged about sexually assaulting women, even as a married man. He has called women vile names, insulted their natural bodily processes, and rated them based on how attractive he finds them (or not). He has eschewed the common gesture of transparency to the American people by refusing to release his tax returns. He has incited violence among his supporters by promising to pay their legal fees should they be arrested for assaulting anyone who protests at his rallies. He has been incidiary toward the LGBTQ community, people of color, Muslims, immigrants — you name the community, and he’s insulted them.

He is, again, a beloved child of God.

Yet, instead of categorically rebuking his behavior at the polls, we rewarded it. With the presidency.

To be fair, Trump appealed to a segment of the population who felt they’d been left behind because in many respects they had been. Certain industries have left America, possibly never to return. Wages for many remain stagnant. How he did this, however, is rooted in the age-old strategy of convincing them that the real enemy is the “other” — the migrant worker “taking their jobs,” the woman who wants to “take their guns,” the “political dissident” challenging civic authority and the inherent goodness of the country. It was a classic example of throwing stones and hiding hands. The working class struggles, but not because blacks dare to protest inequities in policing. And not because refugees want to come to America to escape terrorism in their birth lands. And not because people of the same gender want the legal rights that come with marriage. And certainly not because concerned mothers don’t want another school shooting in one of our communities.

Those of us in the margins who have been implicated in Trump’s rhetoric have long been concerned, yet perhaps some of us were naive enough to believe that America would never actually elect him, not after what he’s said. Surely, our fellow Americans would stand up for us at the polls. A “nation of immigrants” would never allow xenophobic rhetoric to pave a road to the white house. Women would surely categorically reject someone who would brag about grabbing women “by the pussy” (in fact, more than 60% of white women voted for him). Sure, some would take him seriously, but he’d never come within a stone’s throw of 1600. We were protected in this way.

Or so we thought.

And now, the margins are again reminded of their marginality (as if they needed to be). Immigrant families whose members are both documented and undocumented now wonder if they will be able to stay together, even as they have worked for years to do so legally. Blacks will wonder if the white nationalists groups that endorsed Trump without so much as a rebuke from the campaign will feel emboldened. LGBTQ people wonder not only about legal protections, but that anti-LGBTQ sentiment is further legitimized. While well-meaning souls call for love, calm, and unity, the rest of us have very real concerns.

How then will we respond? How will the church respond? No matter who prevailed in the election, someone would be grieving, for sure. But how will we wrap our arms around those who are not only grieving, but are genuinely scared? How will we step up to be in solidarity and offer protection and validation to those the electorate did not stand up for on Tuesday? What of the woman who was sexually assaulted and triggered/retraumatized by hearing Trump’s own words? How will she know her country — her fellow Americans — will stand for her?

Yes, we all know that God is sovereign. We are aware that we need to pray for those in office, whether or not we voted for them. We understand that any and all candidates are problematic and imperfect. But seriously, church, how are we prepared to minister to those who are frightened right now — and whose country has shown them that they have reason to be? How will we stand with and for them? It is not simply about one beloved child of God; it is about the behaviors and attitudes that have now been legitimized that have other children of God living in fear.