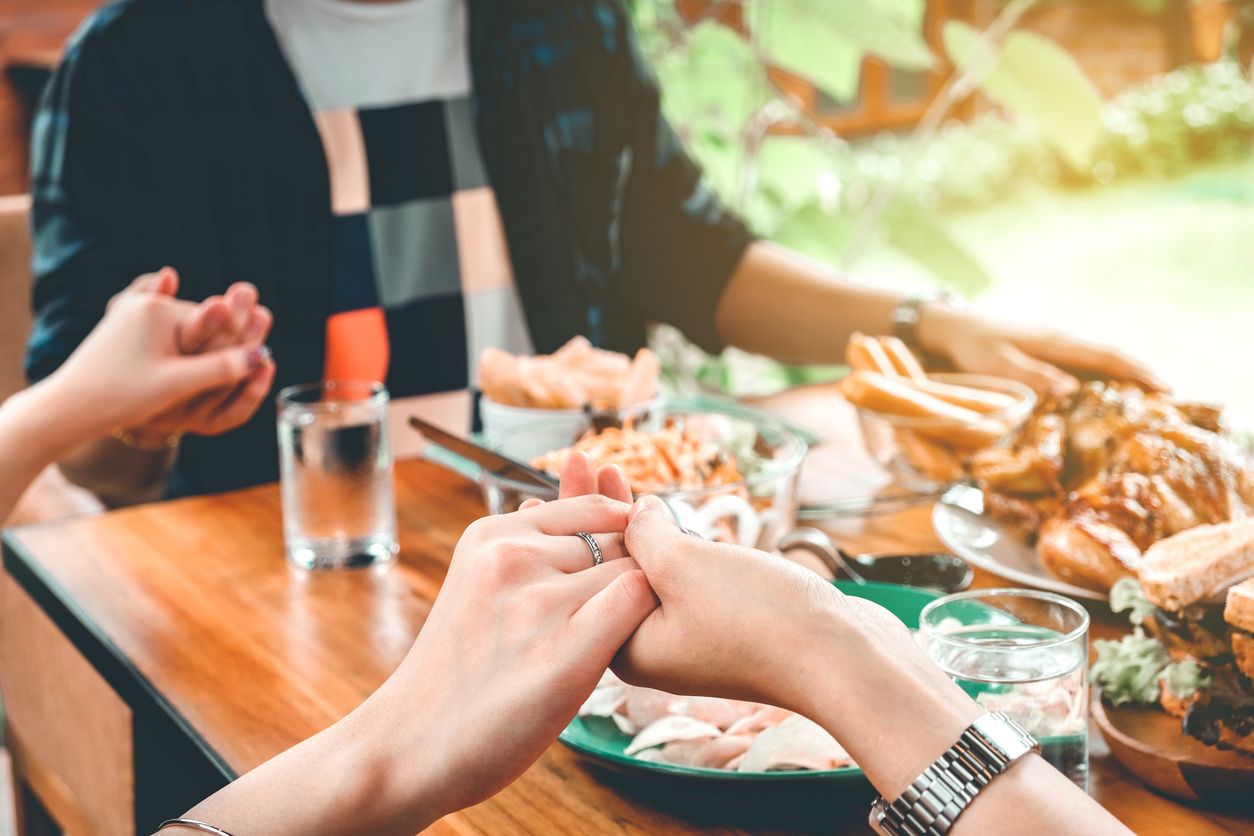 Some of my friends are dreading Thanksgiving.

In these days between a mid-term election and the start of the holiday season here in the United States, a good number of my white friends and colleagues are not looking forward to dinner table conversations with their families. You see, they will sit at those tables with beloved family members who espouse views that are profoundly different from — and even hostile to – their views.

Most of these friends are Christian, as are their families. But everyone has disparate definitions of what it means to be Christian. For my friends, being Christian means the stranger is welcomed. It means that racism and prejudice are sins that are not limited to people who wear hoods and wield tiki torches, but that they touch even (and especially) those of us who name ourselves as “good.” It means that, no matter who is getting married, you bake the damn cake.

For these friends, following Christ means radical and lavish welcome, with a healthy dose of introspection and self-critique. It means something antithetical to what they see billed in the culture as Christian, where our leaders willfully err without apology and religious leaders make excuses for such behavior.

Their family members do not agree with everything (or sometimes anything) they believe. To entertain such conversations is to go beyond simply being exhausted by them; it may mean fractured relationships and the estrangement of one’s family members.

They are steeling themselves right now, because they know that they occupy a space of dominance in society, as do their relatives. They believe they have a responsibility to dismantle systems of dominance, and they know that perhaps the most fundamental way to do that is to do it within their intimate relationships. They believe the gospel of Jesus Christ requires this of them. This doesn’t mean they’re eager to do it. In fact, some may even talk themselves out of doing it.

It is in these times that I think about Jesus not as the Prince of Peace, but as the purveyor of a sword.

To follow Jesus in an authentic way sometimes puts enmity between us and the people we love. Those are the times we’re reminded that being a Christian is not about personal comfort. And I often want to fight with Jesus about this passage in Matthew. A sword, Jesus? Some more recent translations, perhaps equally disturbed by the apparent violence of the language, replace that word with “division,” which is fair, I guess. But the Greek μάχαιραν pretty clearly means sword.

The imagery seems violent because it is violent.

We need to understand how violence is experienced in the mind and body. In the book My Grandmother’s Hands: Racialized Trauma and the Pathway to Mending Our Hearts and Bodies, author and counselor Resmaa Menakem MSW, LICSW, S.E.P. talks about what happens in our brains around these matters. Our “deepest emotions,” including fear and anger, reside in what’s known as the “lizard” part of the brain. It’s named so because it is the part of our brain most similar to those of lizards, birds, and lower mammals. This part of the brain is incapable of reasoning and cannot use cognition, and the only commands it uses are rest, fight, flee, or freeze. Menakem points out that white supremacy “is always functioning in our bodies,” but it functions most powerfully in the lizard part our brains. This is the part of the brain that perceives danger, and danger “can mean a threat to more than just the well being of our body,” but also “to what we do, say, think, care about, believe in, or yearn for.” These experiences create trauma in our bodies whether the threats are existential or not. When the body doesn’t have a sense of safety, it “will do almost anything to establish or recover” it. That includes resorting to violence.

This is why Aunt Susan vehemently rebuffs you when you start talking about racial justice. She is legitimately in her body experiencing violence, even as we know there is no existential threat to her by you challenging her world view. Maybe that’s what Jesus was getting at with the sword imagery.

To use more lighthearted imagery, if you have ever cared for a sick, congested baby, you know that when you put the aspirator to her nose to clear her sinuses, she fights you. She jerks her head from side-to-side trying to evade the device. She cries and screams bloody murder. She may flail her limbs, arch her back, and even put herself in harm’s way as you lose your grip on her and nearly drop her. It’s a violent process, because she does not feel safe and is not going to submit willingly to something that is deeply uncomfortable, even if it will help her.

You still do it. Because babies who are congested are in danger of developing a host of other problems. Being able to breathe properly shouldn’t be optional.

To disabuse someone of destructive ideologies feels violent to all involved. It can threaten relationships. But what are our options?

As a person of color navigating white spaces, I can tell you the racism I have experienced over my life and career hasn’t been from the Klan or Neo Nazis. The racism that has most consistently and persistently visited me has been from “good” white folks – Christian folks – who resisted attempts to clear up their congestion. As King wrote in his Letter from a Birmingham Jail, the greatest threat to racial equity and freedom isn’t the people who are outright antagonistic toward us, but the “moderate” who “paternalistically believes [they] can set the timetable for another [person]’s freedom.” It’s these people working in education, healthcare, law enforcement, — indeed, the Church — standing in spaces that allow them to make decisions that impact other people who regularly pose an existential threat to people who look like me simply because they have been incapable of examining (or unwilling to examine) their privilege and biases. Forgive me if I have little patience for the people around them who kowtow to them even though they know better, because nothing about that seems fair to me.

But I’m trying. I’m praying for you. I don’t know the particulars of your family’s system. I don’t know what this is like for you. The pastor that is me is sensitive to the tenderness here.

But the person of color that is me faces existential threat if you don’t do it.

To be sure, they’re probably not going to listen to you. Trauma is difficult to sift through, and unless you’re a mental health professional and have the person’s consent, I wouldn’t advise trying. Maybe it’s not your job to “fix” your people. Maybe it’s your job to disrupt their congestion. Maybe your challenge to them plants a seed within them that you may never see sprout. Maybe it changes the trauma they carry and the ways they pass it onto others. Maybe the relationship eventually repairs. Maybe it doesn’t. And maybe that’s why Jesus told us to be prepared to let these relationships go if we really want to follow him. Maybe Jesus wants us to trust him with those people. I don’t know, but I do know that to avoid the violence of this particular sword is to allow existential violence to be visited upon people like me.

At any rate, white friends, I will not hold my breath for you to make these necessary disruptions. But I’ll be honest with you, I don’t know how fully I’ll ever be able to breathe unless you do.